So, I finally have got around to putting a blog together. On here you will find a mix of painting, sculpting and a bit of my other hobby - photography. Most of my painting is done for Perry miniatures, either for their website or their personal armies. The sculpting is usually for myself, but I do occationally have some time for freelance work.
Updated often, so check back soon!

When Alan asked me to paint another box of the new plastic Russians, I asked if I could paint them as a Jäger Battalion this time. I got a bit ahead of myself and decided to do a few skirmishers, using bits from the British firing line plastics. All that was needed was to cut the wings off of the shoulders and change the cuffs and they were good to go. Fortunately Russia also imported vast amounts of British muskets during the war, so the British design musket isn't incorrect.
This gave me the bug to do a few more conversions. As Jägers did not use standards I had to make some figures to fill in the gaps. Using bits from the Prussian, British and even Zouave sets you can make some really nice and varied figures, while not standing out from the crowd too much.
The officer was converted from a plastic Prussian officer, as the uniforms were very similar. The only major difference being the gourget, which was taken from the supplied plastic Russian officer. 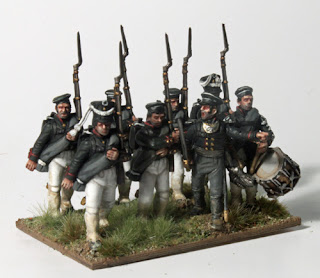 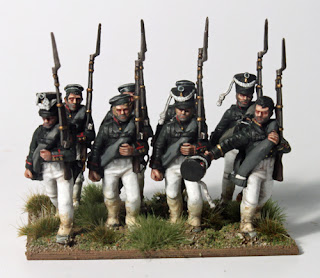 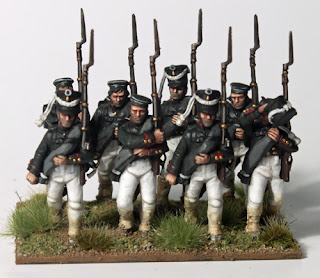 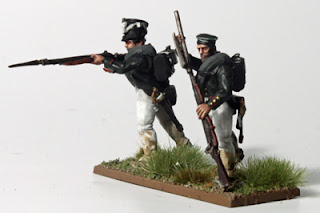 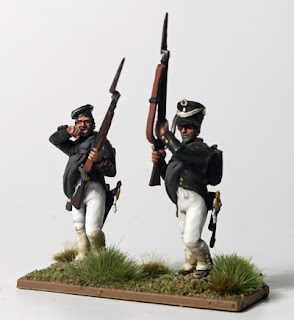